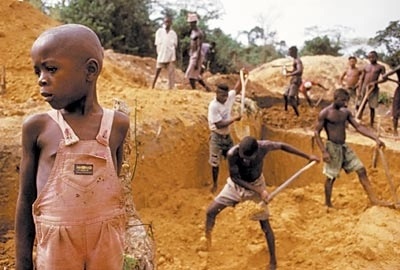 Koidu, Sierra Leone – Up to his knees in caramel-coloured sludge, Pappy Kallon shakes and rolls his wire screen, stopping only to rake through the mud in search of a sparkling diamond.

“If I don’t find a diamond, I don’t eat,” says his partner, Mike King, heaving another shovelful of muck on to the screen before it is dunked back into the Sewa river in eastern Sierra Leone.

“We live by the diamond.”

The river has been endlessly diverted into craters and pits by men staking their livelihoods on the carbon-based gems.

Miners have pitted themselves against the river beds of quartz and granite since Sierra Leone’s embarrassment of mineral resources was discovered in the 1920s, using only rusted shovels and wire screens to pluck diamonds from the rivers.

Established diamond fields cover roughly one-fifth of Sierra Leone, where gold, bauxite and rutile are also in abundance.
But that mineral wealth has exacted a horrific toll on the country, which remains among the world’s poorest. Many, like King and Kallon, survive on less than $1 (R6.68) a day.

Decades of corrupt dictatorships, paid for with profits from mineral largesse, followed Sierra Leone’s independence from Britain in 1961 and gave way to a rebel war from 1991 to 2001 that is considered among the most brutal in modern history.

Three times over the course of the war the rebel Revolutionary United Front invaded the eastern Kono district, killing, raping and mutilating civilians and plundering diamond fields to fund its battles.

Observers say the Revolutionary United Front earned as much as $400 million in its decade of illegally funnelling conflict diamonds through Liberia and other neighbours, as well as Israel and a network of Lebanese traders who own most of the export licences issued by Sierra Leone.

A UN panel estimated that in 2000, when fighting was at its heaviest, diamonds worth between $25 million and $125 million were smuggled out of Sierra Leone.

When legal mining began again in earnest two years ago, and after exports were reauthorised in June 2003 by the UN after a three-year ban, the numbers shot back up beyond pre-war levels, hitting $37 million in November 2002.

In January this year, about 55 000 carats of gem-quality alluvial stones, or surface stones, were sold for a total $6.7 million, says mines minister Alhaji Deen.

Little of that money trickles down to an estimated 500 000 miners, most of them like Gibrile King, who works on an eight-man crew that uses a battered generator to help pump water out of an eroded pit 8m deep.

“For a 1 carat stone, maybe it is $150, split between all of us,” he says, gesturing at his teammates, each of whom seems to have been dipped from head to toe in the sludge. It drips off their eyelashes and down skinny bare legs that emerge from tattered shorts.

Most miners work on credit for a dealer, someone in the community able to afford the $1 500 annual cost of a dealer licence. Their daily rations are deducted from whatever price the dealer offers for each raw stone they carry into town on their tongues.

Dealers sell the stones at a markup to an exporter, most often a Lebanese trader, as few Sierra Leoneans are able to afford the $40 000 cost of an export licence.

The exporter bundles the gem-quality diamonds and ships them overseas at an even greater profit to be cut and polished, then laid out on velvet trays.

On a hill overlooking the snaking river of pits and craters sits the most likely threat to this artisanal industry, a gaping 20m hole in the ground known as Pipe One, where blasting for kimberlite diamonds began earlier this year.

About 6.7 million carats of rarer and even more precious diamonds are thought to be nestled in the dense kimberlite rock that makes up the concession operated by Koidu Holdings, a joint partnership of South African, Canadian and Israeli interests.

Despite losing an initial investment in 1995 of about $18 million because of the war, Koidu’s chief executive, Jan Joubert, was keen to try again. Since 2002 he has cobbled together another $16.3 million in financing.

“If we didn’t come back here, who would?” he asks.

Koidu’s first sale in February, of 10 000 carats, grossed $2 million. The bulk of it was swallowed up in government fees, taxes, payroll and other operating costs to run the plant, which will ultimately be able to crush 1 000 tons of kimberlite and harvest a hoped-for 670 carats daily.

Joubert has 300 local workers, who are paid generous wages and are offered daily meals. They supervise each of the mechanised stages of the extraction process. Hundreds more line up outside the guarded gates every day, hoping to get a piece of the action.

Many of them are miners like Mike King and Kallon, whose staple meal is several handfuls of garam flour made from chick peas and eaten dry from a plastic sack. For them the gift of a cigarette is as priceless as the gems they scrabble for.

“You dig, you shake, you wash and you pray,” says Mike King, scoffing at the notion that he give up the pits to return to fields laid fallow by the marauding rebels and try his luck as a farmer. 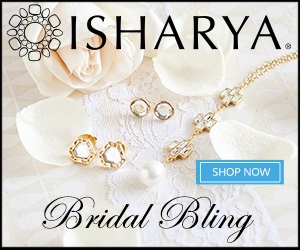 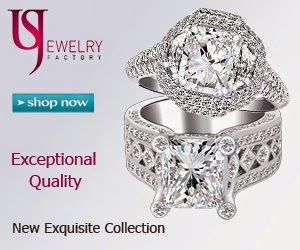 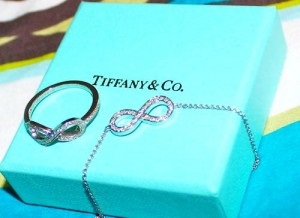 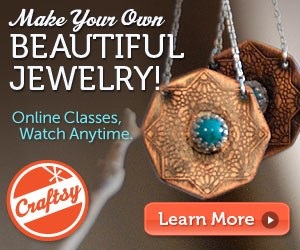 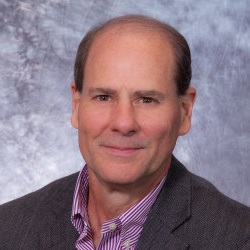 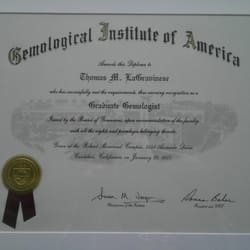 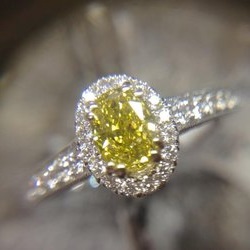 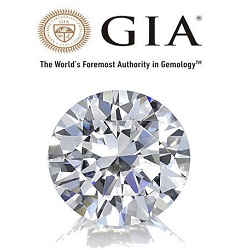